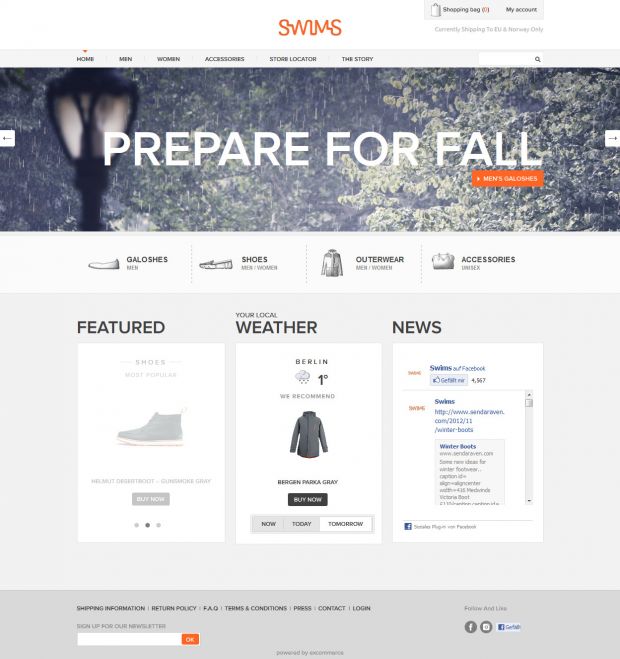 „Growing up with four distinct seasons in Norway, I never let go of the black rubber galoshes that my late grandfather passed on to me. In 1999 they accompanied me to a milder, but still rainy Paris. Wearing Chuck Taylor’s Converse and galoshes, I got around the severe rainfall that autumn. Not surprisingly, my footwear became the subject of many jokes around the art school I attended. Later, while living in New York, I blended in with an image-conscious culture that defied slushy streets, freezing winds and pouring rain. Naturally, this resulted in a lot of discomfort and many ruined pairs of shoes.“