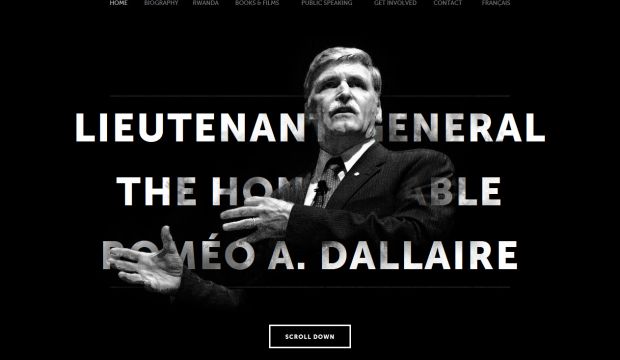 „Romeo Dallaire is a retired lieutenant-general, Senator, and celebrated humanitarian. In 1993, LGen Dallaire was appointed Force Commander for the United Nations Assistance Mission for Rwanda (UNAMIR), where he witnessed the country descend into chaos and genocide, leading to the deaths of more than 800,000 Rwandans. Since his retirement, he has become an outspoken advocate for human rights, genocide prevention, mental health and war-affected children. He founded The Romeo Dallaire Child Soldiers Initiative, an organization committed to ending the use of child soldiers worldwide, and is the author of two best-selling books.“