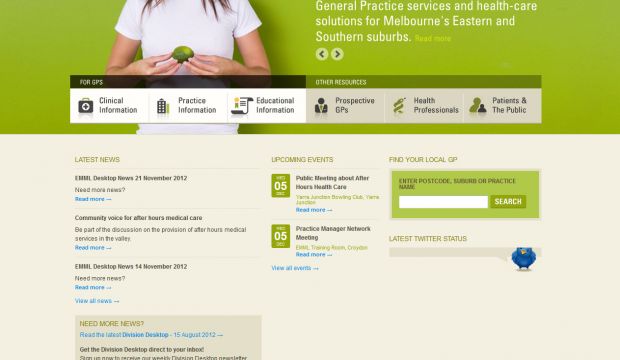 „Eastern Ranges GP Association was formed in 2002 following the amalgamation of the former Yarra Valley and Sherbrooke and Pakenham Divisions of General Practice. The Association and has approximately 196 members, and is governed by a Board of Directors made up of five local General Practitioners (GPs) and two independent directors. Members work in 60 practices across the Division, representing solo, multi-doctor and corporate clinics, and the Association's own After Hours Medical Services.“