atterwasch - a scroll-documentary by Marco del Pra and Frederic Dubois 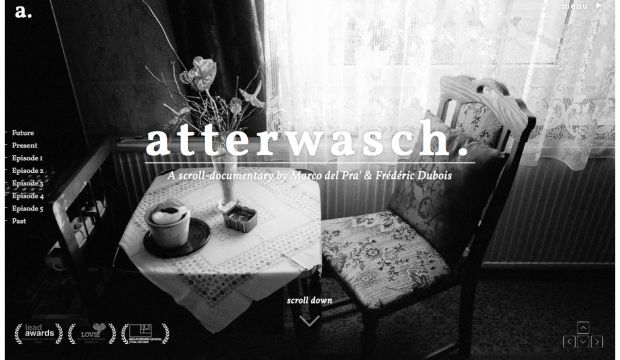 „atterwasch. is a documentary about the German village of Atterwasch which is under pressure to make way for a brown coal open-cast mine, despite the fact that the village exemplifies Germany’s acclaimed energy transition. This multimedia documentary focuses on the uncertainty Atterwasch’s residents were confronted with over a one-year period (2013-2014). You are free to determine the pace of the narrative yourself“