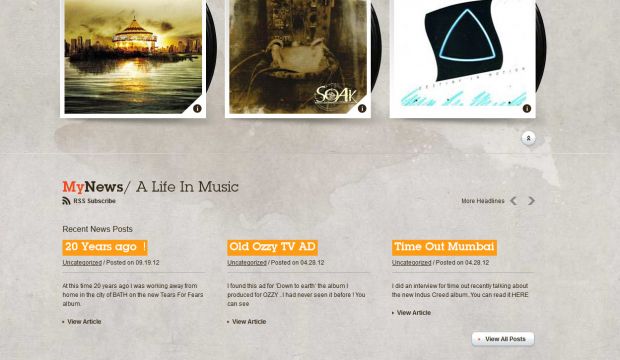 „Tim Palmer has produced and mixed albums for a huge selection of classic and alternative artists, from Robert Plant, David Bowie and Tears For Fears to Ozzy Osbourne, Goo Goo Dolls and U2. In 1989 Tim mixed TEN for Pearl Jam, which is now in the top 50 best album sellers in US history. In 2001 Palmer was nominated for a Grammy for his mixing work on U2s All That You Can't Leave Behind. Now living in Austin, Texas, he has built his own mix room and continued producing and mixing for Jason Mraz, Blue October, David Cook and many others. Tim has been moderator for 2 years at SXSW, and a guest speaker for the Recording Academy.“